Streaming the rise of robo-sports 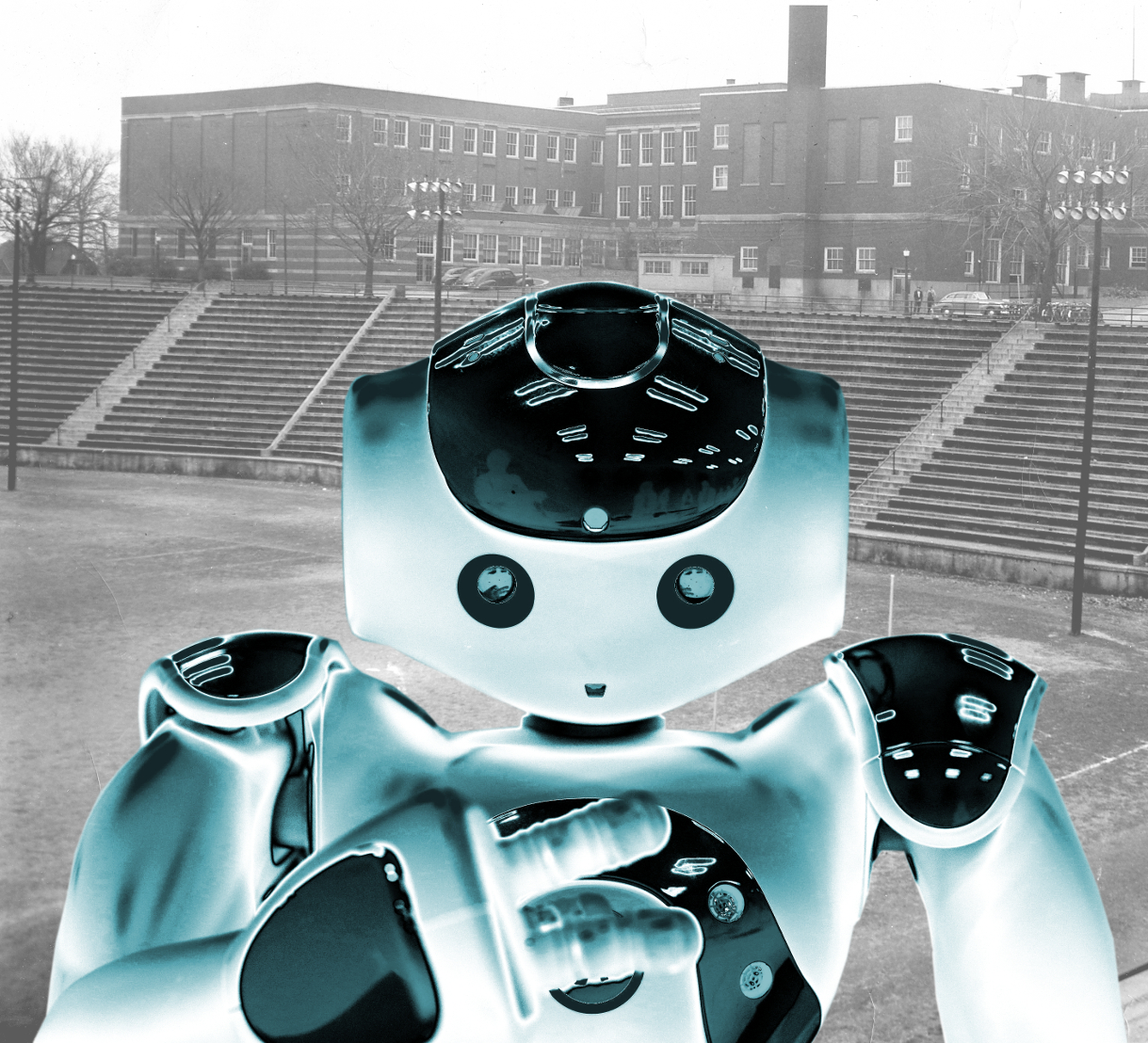 I am Tim Hall; a red-blooded, beer-drinking, car-driving Australian male who has no interest in watching sports – at least, not the sports played by humans.

It started with Robot Wars and BattleBots in the 90s – two shows that traded on the simple joy of watching remote-controlled cars with hammers attached, smashing the beans out of each other in obscure TV timeslots.

Honestly, that was about it until recently. But now we have the RoboCup.

RoboCup – or the ‘Robot Soccer World Cup’ – is just that, an international competition in which teams from around the world attempt to sculpt piles of plastic and wire into top-tier AI athletes.

It has been running since 1997, and I have been eagerly tuning in for the past 5 years or so.

Its premier pennant is the Standard Platform League (SPL) – in which all teams are given exactly the same set of robots, the only difference is how they program them.

All 170 SPL teams are populated with Nao humanoid robots made by SoftBank Robotics. In earlier years, they bumbled around, banging into each other, falling over constantly, and struggling desperately to pull off some facsimile of actual soccer. See the final from 2013 for reference.

In 2019, the grand final (played on Sunday) was very watchable. The robots can now position themselves, mark each other, specifically attack or defend – they are definitely playing soccer.

At the end of each meet, all teams release their code so that they can all analyse what the best teams have done in an attempt to create robots with winning strategies. Teams are allowed to rely on the work of others, but they all have to add something new.

Each year they get better, with tiny improvements in ball-tracking, teamwork and even faster ways of getting up from inevitable falls.

Sometimes in the soccer leagues, the competition is won or lost based on a single improvement, like the advantage gained by one local team in 2015 from a slightly faster way to walk.

Watching the little Nao ‘bots get up after a fall is an indicator that one day, these things might outperform humans. Depending on what is most efficient, they can pull themselves up by rotating their arms around their backs to use as levers. They can also easily spread their legs into a full split and use them to drag themselves back to a standing position. Even Lionel Messi is limited by biomechanics that RoboCup participants are not.

There are other competitions under the RoboCup banner too, including the small and middle sized leagues, featuring teams of hyper-fast Roombas with some pretty incredible ball skills.

There is also the Humanoid division, in which autonomous robots with a human-like body plan and human-like senses play one-on-one against each other. This league features some astounding technical achievements, but is also the slowest and has the most falling-over.

Additionally, the RoboCup has expanded to a range of non-soccer events, including competitions for the best rescue robots, home service robots and industrial robots.

The RoboCup should get a better run in Australia if only for the fact that Australia is very good at it.

Five-time world robot soccer champions, the University of NSW's 'rUNSWift' team, took out the world title in the ‘standard platform’ category in 2000, 2001, 2003, 2014 and 2015 and made it to the quarterfinals for the last three years.

In 2019, rUNSWift finished the Standard Platform league in third place behind two German teams - B-Human from the Universität Bremen and German Research Center for Artificial Intelligence (DFKI), and Nao-Team HTWK from the Leipzig University of Applied Sciences.

But the UNSW team are some of the leaders of the sport, having developed much of the coding relied upon by the other teams, including those darn Germans. They will be back next year, and I’d bet a week’s worth of sprockets that they win.

Robot soccer is still in its infancy - evidenced by the toddler-esque playing style of the SPL league – but there is enormous room to grow for robot sports in general, as they have many advantages over their meatbag equivalents.

There is no gender pay gap for robot athletes, no career-ending injuries, no tantrums, no off-field misbehaviour, or really anything to morally equivocate about. When you remove humans, it really is just a game, pure and simple. Go robots!

This email address is being protected from spambots. You need JavaScript enabled to view it.